Awards for Excellence Recognize Employees Who Go Above and Beyond

Awards for Excellence Recognize Employees Who Go Above and Beyond

Employees and teams who have gone above and beyond their usual responsibilities to advance their departments and the University of Arizona will be honored Monday at the UA Awards for Excellence ceremony.

The awards are sponsored by the Classified Staff Council, the Appointed Professionals Advisory Council and the President's Cabinet.

Read about the honorees below. 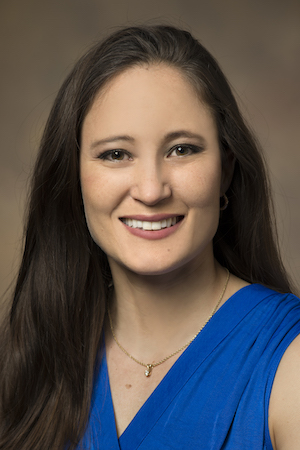 Toni Alexander is assistant dean for business and finance in the College of Humanities, and was nominated by Alain-Philippe Durand, the college's dean. In his nomination letter, Duran praised Alexander's "impeccable" work ethic, her tendency to continue working well after others in the office have gone home, and her ability to work under pressure. Other supporters spoke to Alexander's dedication to diversity and inclusion, her willingness to mentor others in the college, and her ability to solve problems. "Toni's positive attitude and generosity with her time have made her a favorite among the COH staff and faculty," wrote Mary Portillo, senior business manager in the Department of Spanish and Portuguese. 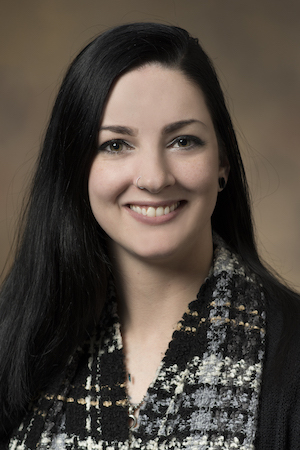 Katherine Alvarado, coordinator of the Willed Body Program in the Department of Cellular and Molecular Medicine, is "dedicated, compassionate, and rises to any challenge," wrote professor Jean Wilson, Alvarado's nominator and the program's director. In her position, Alvarado helps facilitate donations of bodies for medical education at institutions around Arizona. Alvarado's supporters said she helps donors' families work through the donation process, which is often stressful and emotional. Alvarado often works evenings, weekends and holidays, and is on call around the clock to ensure messages from donors' families are answered. Alvarado's dedication "is responsible for the ongoing success of the program," wrote Susan Eastman, the program's senior office specialist. 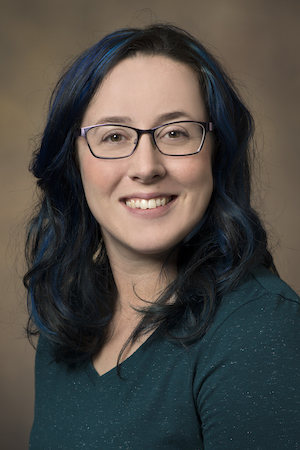 Lierin Cox, a senior research specialist in University Animal Care, earns an "overwhelming" number of unsolicited accolades each week from members of the UA research community, according to C.J. Doane, associate director of University Animal Care and Cox's nominator. Cox, Doane wrote, is a skilled veterinary technician who manages research support, clinical care and investigator coordination for large animal projects. Other supporters wrote about the positive attitude Cox brings to every challenge, and her tendency to arrive to work early and leave late, and said she is the go-to resource at University Animal Care for nearly any question. "Her dedication is well known and recognized by our research community," Doane added. 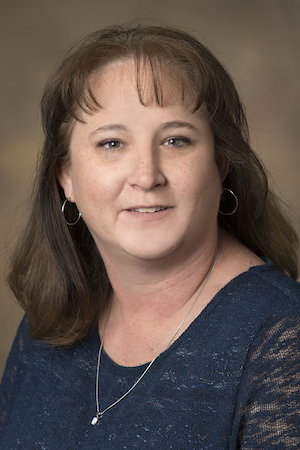 Brandie Cudney, administrative manager in the Eller College of Management's Department of Management and Organizations, was nominated by department head Jerel Slaughter, who spoke to Cudney's commitment to her position, her "always say yes" attitude, and her management style. Other nominators praised Cudney's ability to think outside the box, her efficiency, and her willingness to take on more responsibilities as the department has grown. "Because she has a combination of high skills and a commitment to delivering excellence, everyone thinks of her first," wrote Stephen Gilliland, professor and executive director of the Center for Management Innovations in Health Care. "They know she will get the job done well." 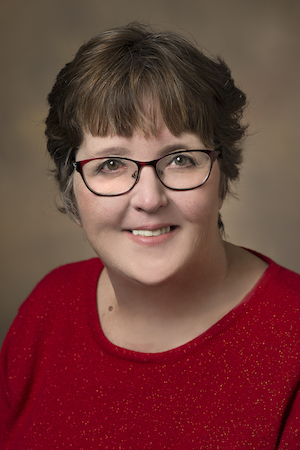 Nancy Emptage, administrative associate in the Department of Electrical and Computer Engineering, is professional, competent, reliable, enthusiastic and dedicated, wrote nominator Linda Powers, a professor of electrical and computer engineering who holds the Thomas R. Brown Endowed Chair. Emptage has served as the backbone for several of her department's major projects, Powers wrote, including coordinating accommodations, food, transportation, reimbursements and scholarship payments for large events. She also serves as a "walking encyclopedia" for UA policies, and volunteers to train new staff members. "Her willingness to assist others and her commitment to our department is unequaled," according to a letter signed by several senior faculty members. 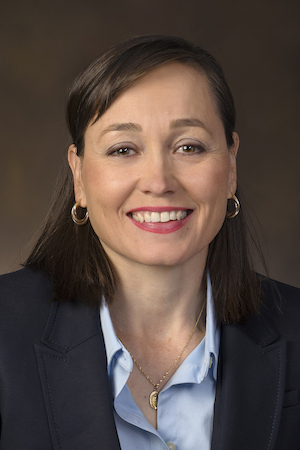 Lydia Kennedy is the director of the UA Health Sciences Office of Diversity and Inclusion. In that position, Kennedy has proven herself to be an exceptional leader and champion of inclusive excellence in health care, according to nominator Francisco Moreno, UAHS associate vice president of diversity and inclusion and Kennedy's supervisor. Colleagues' letters of support said Kennedy often volunteers her time to provide diversity trainings to faculty groups and peer-mentoring programs, and is very active in UA volunteer-based groups such as the Commission on the Status of Women. "Ms. Kennedy's initiatives toward innovation and programming that benefit underrepresented groups and the campus at large are remarkable and well beyond her role in her office," wrote Jeannine Relly, an associate professor of journalism. 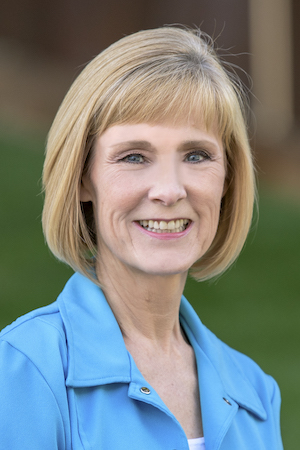 Anita Martinez is a senior office specialist in the Department of Basic Medical Sciences in the College of Medicine – Phoenix, and was nominated by Taben Hale, an associate professor in the department. Martinez helps manage the department's summer internship program, and has proven to be the "spark that was missing," wrote Nancy Gwilliam, the department's director of operations and Martinez's supervisor. In that capacity, Martinez turned the internship's poster session into a special event for applicants and their parents, made applicants feel welcome, and has been proactive in promoting the program with underrepresented minority populations. 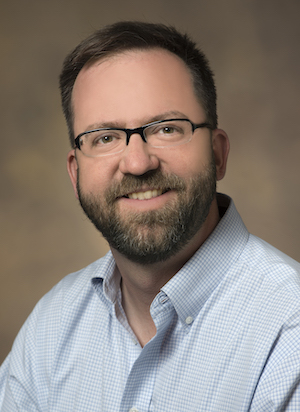 Tyler Meier, executive director of the Poetry Center, was nominated by Durand, who wrote of Meier's leadership, creativity and passion. Meier is among the college's leaders, Durand wrote, who is trusted with representing the college on a variety of tasks and University committees, including a committee for the UA's strategic plan. Other supporters wrote about Meier's ability to make the Poetry Center operate more efficiently, and his dedication to community outreach. "Thanks to Mr. Meier's tireless efforts, the Poetry Center's prestige and successes greatly contribute to the College of Humanities' reputation around the nation," Durand wrote. 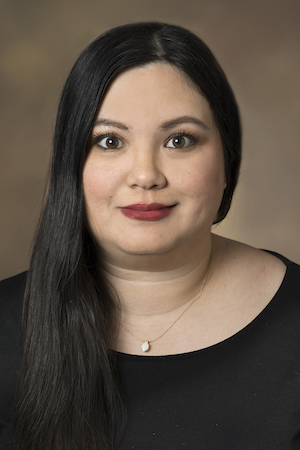 Christina Pool is associate director of evaluation and comprehensive review in the Office of Admissions. Pool was nominated by Danielle Crosby, senior director for undergraduate admissions processing. Crosby praised Pool's efficiency, her mentorship of her team, and her ability to think strategically and analytically, which has helped the office achieve its goals. In letters of support, colleagues said Pool adapted quickly when her team took on admissions processing for Arizona Online, UA South and extended campuses, which came with added responsibilities at a time when the office was short-handed. "She demonstrated to me and the entire staff that she is a positive and effective leader who is willing to take on additional responsibilities without complaining or asking for anything in return," wrote Arezu Corella, associate dean of undergraduate admissions and assistant vice president of operations and systems management.

Team Award for Excellence (two honorees): College of Public Health Academic Advising Team and the Center for Recruitment and Retention of Mathematics Teachers

The Team Award for Excellence recognizes teams that have made notable contributions toward efficiency and effectiveness of operations, outstanding service to the University community and visitors, and special efforts in promoting workforce diversity. This year, the award is being given to two teams. 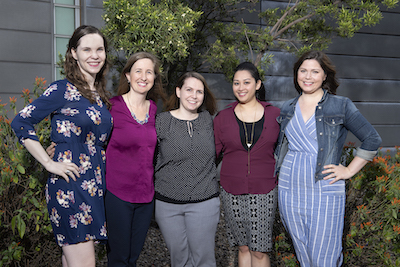 The Mel and Enid Zuckerman College of Public Health's academic advising team was nominated by Chris Tisch, the college's assistant dean of student services and academic administration. The five-person team provides comprehensive advising services to about 1,400 undergraduate students each year, according to nomination materials. The team is being recognized for its ability to meet the needs of the college's diverse student population, its outreach to campus through participation on committees, and the high value the team places on diversity and accessibility. Tisch, in her nomination letter, called the group a "high functioning team that serves as a role model for other student services entities across campus and throughout the advising world." 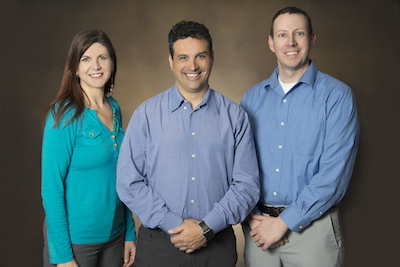 The Center for Recruitment and Retention of Mathematics Teachers is a three-person outreach unit in the Department of Mathematics that aims to increase the number of skilled math teachers in Southern Arizona. The team was praised for the variety and quality of its workshop programming, its service to math teachers in Southern Arizona through community outreach, and its dedication to its mission of providing every student with a highly qualified math teacher, according to nomination and support letters. "This is the result of a team effort, with a shared common vision where each team member brings their unique expertise toward that vision," wrote nominator Marta Civil, a professor of mathematics who holds the Roy F. Graesser Endowed Chair.

The Department Award for Excellence recognizes departmental excellence in managing people and resources. The award honors departments that provide an inclusive, productive, dynamic and engaging workplace, and that set high standards to achieve their goals.

The Department of Pharmacy Practice and Science in the College of Pharmacy was nominated by professor and department head Brian Erstad. Erstad and other supporters wrote about the department's ability to recruit and retain talented and diverse faculty, the faculty's high-level interdisciplinary research, and the department's collaborative culture, which includes partnerships on certificate programs with academic units around campus. "The department's high performance culture is evident in the fact that its research achievements have enabled it to be ranked as a top twenty pharmacy department," wrote Tom Miller, a professor of English and former vice provost for faculty affairs.

The Billy Joe Varney Award for Excellence is named for a past director of the Student Union who was dedicated to meeting the needs of thousands of students and employees served by the Union. The award is given to a University employee who has worked at the UA at least 15 years. 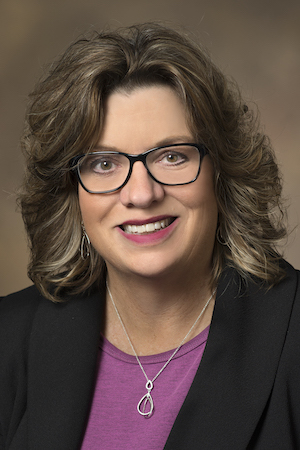 Marilyn Taylor is associate vice president of finance and administration in the Office of the Provost. She was nominated by Kriss Pope, assistant dean of finance and administration in the College of Engineering. Taylor is being recognized for her community outreach, her dedication to making University financial systems efficient and effective, and her longstanding loyalty to the UA – which dates back to her time as a 12-year-old working concessions at football games. Supporters wrote about Taylor's service with organizations that search for treatments and cures for leukemia, a disease her son recovered from. Other letters detailed Taylor's tireless efforts helping incoming freshmen and their parents during move-in days, and her ability to cultivate strong relationships with colleagues across campus. "For someone whose work is primarily behind the scenes and often is unknown to the University community, it would be fitting for Marilyn to receive public recognition for all her work, dedication, and sacrifice to the University over the years," wrote David Wagner, associate general counsel.

The Eugene G. Sander Award for Shared Governance is named for the UA's 20th president, who also served as dean of the College of Agriculture and Life Science. The award recognizes those who promote shared governance and the importance of appointed professionals to the rest of the UA community. 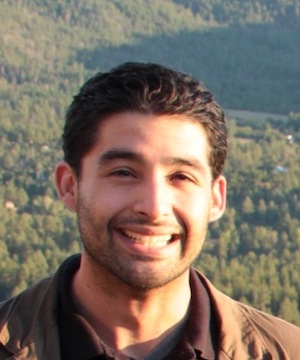 Brian Berrellez is the business analytics manager in the College of Agriculture and Life Sciences. Berrellez was nominated in letters from Heather Roberts-Wrenn, the college's assistant director of organizational effectiveness, and Jeff Ratje, the college's associate vice president of finance, administration and operations. The letters spoke to Berrellez's willingness to lend his technical expertise to colleagues across campus, his strong work ethic and his dedication to quality. His supporters noted that Berrellez also serves on a variety of committees in the college and beyond, proving his high regard for shared governance and collaboration. "Brian embodies the characteristics of a servant leader in all things, especially with his tireless efforts and leadership in the realm of shared governance," Roberts-Wrenn wrote.