Employees and teams who have gone above and beyond their usual responsibilities to advance their departments and the University of Arizona will be honored Friday at the UA Awards for Excellence ceremony.

The awards are sponsored by the Classified Staff Council, the Appointed Professionals Advisory Council and the President's Cabinet.

Read about the honorees below.

Awards for Excellence recognize classified staff or appointed professionals for outstanding achievements. The award specifically highlights accomplishments beyond an employee's normal duties, contributions toward operational efficiency, outstanding service to the UA or its visitors, and efforts to promote workplace diversity.

Rachel Barton, an executive assistant in the College of Education dean's office, was nominated by Kathy Carter, a professor in the Department of Teaching, Language and Sociocultural Studies who has worked with Barton for nearly 30 years. Carter spoke to Barton's ability to equally support the college's students, faculty and staff, her knowledge of college policies and procedures, and her ability to adapt to changes across five deanships. "Ms. Barton exemplifies the highest levels of achievement, service, creativity, and commitment to the College of Education and the University of Arizona," Carter wrote in her nomination letter.

Samantha Biffar, assistant manager of the Equine Center in the School of Animal and Comparative Biomedical Sciences, is being recognized for her dedication to the center. She was nominated by Betsy Greene, equine extension specialist and professor of practice of animal and comparative biomedical sciences. Biffar, according to nomination letters, has been known to use her days off to care for sick horses. She also goes out of her way to help students, and is always willing to pick up the slack to help her colleagues, they said. "Sam is the first to offer up and support ideas and initiatives that maximize new and existing opportunities," wrote Wendy Davis, director of the UA's Race Track Industry Program, in a letter of support. "She looks for additional avenues of expansion that will benefit the students who come to the UA to make their dream of an equine career a reality."

Christine Carlson, assistant director of nutrition and a registered dietitian in Arizona Student Unions, was nominated by Emily Romero, manager of culinary services. Carlson, Romero wrote in her nomination letter, brings an entrepreneurial mindset to her job "to implement programs that innovate nutritional well-being." Todd Millay, director of Arizona Student Unions, said in his letter of support that Carlson "changed the game" for the unions when she was hired several years ago as the unit's first nutritionist and dietitian. "Christine jumped into the job full throttle and began implementing processes and procedures that have been instrumental in changing the way we do healthy business," Millay wrote. 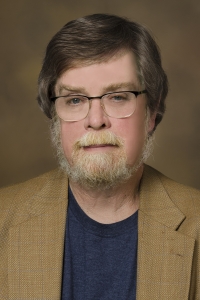 ​Tim Corley, director of analytical facilities and research support in the Department of Hydrology and Atmospheric Sciences, was nominated by C.L. Larry Winter, professor of hydrology and atmospheric sciences. Corley planned and led the move to and renovation of space in the John W. Harshbarger Building when the Department of Atmospheric Sciences and the Department of Hydrology and Water Resources merged in 2016, wrote Joaquin Ruiz, dean of the College of Science. In leading the move, Ruiz wrote, "Mr. Corley performed extra duties substantially beyond those normally assigned while performing his regular duties," Ruiz wrote. "He did so while earning the respect of all his colleagues, myself included."

Jennifer Cubeta, program director for the Undergraduate Biology Research Program, is being recognized for her work writing and administering grants, organizing events, managing the application and admissions process, and mentoring students. Cubeta was nominated by Denise Slay, senior program coordinator in the Department of Molecular and Cellular Biology. Cubeta's focus on student needs "takes this program to a higher level," wrote Joyce Schroeder, head of the department. "All of these facets are undertaken with the highest level of excellence," she added. "She is rigorous, timely, creative, and no detail escapes her notice."

Harmony DeFazio is executive director of the Global Mobility Lab and director of UA Study Abroad in the Office of Global Initiatives. In that position, DeFazio has expanded the options of study abroad programs for students, has inspired collaboration within and beyond the UA campus, and has paid great attention to the needs of her employees while embedding diversity and inclusion into functions of the program, according to nomination letters. DeFazio was nominated by Lisa Turker, associate director of study abroad operations and engagement. "One cannot encounter Harmony without noticing her warmth and compassion," Suzanne Panferov Reese, interim vice president of global initiatives, wrote in a letter of support. "She has an inventive spirit that guides the way she manages her unit and how she interacts with the entire University community."

As associate director of the THINK TANK, Cassandra Hirdes is being recognized for promoting 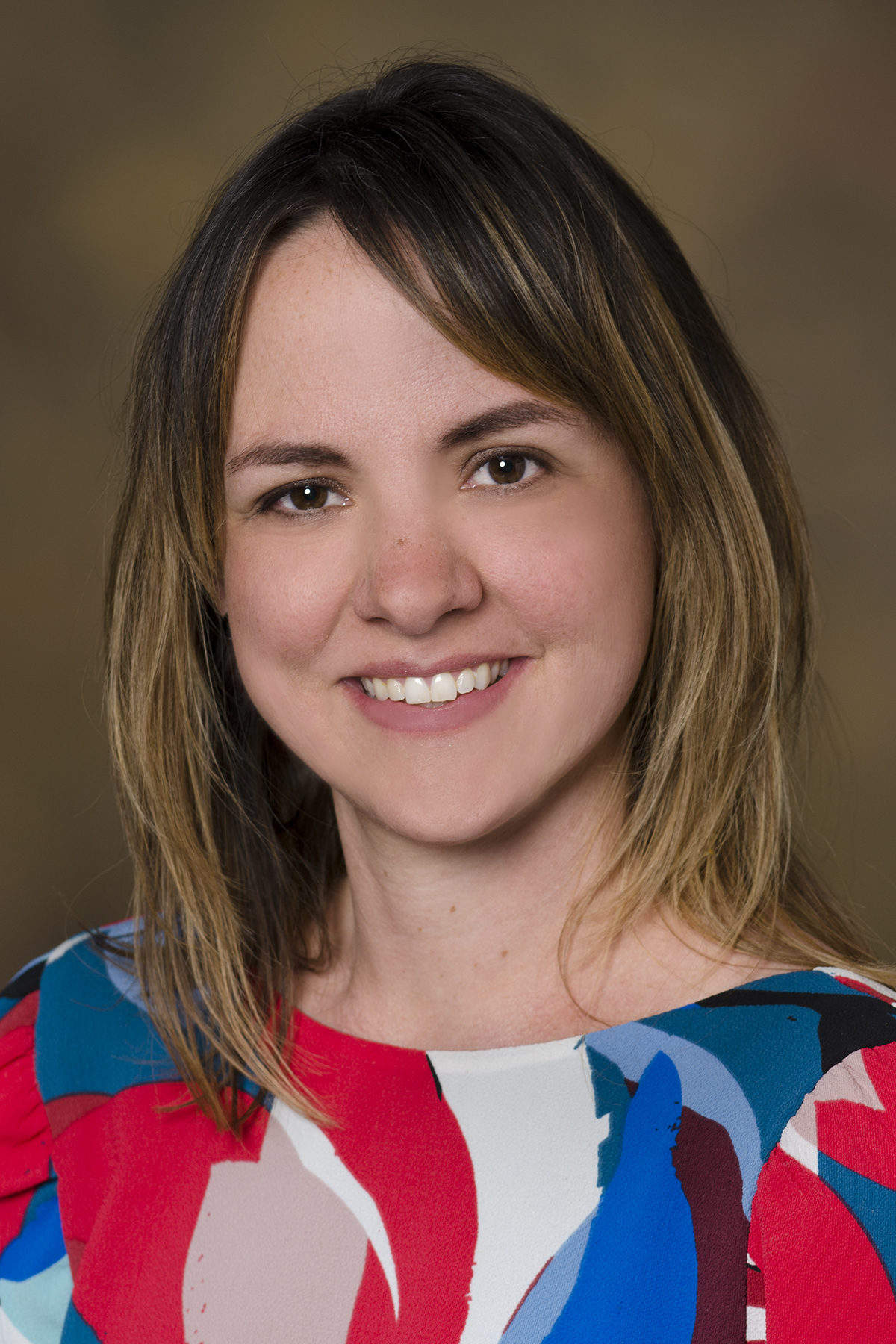 learning and academic support on campus through her oversight of several programs, particularly Schedule for Success, or S4S, which provides tutoring for students who haven't tested into college algebra. Under Hirdes' leadership, student participants have said they were surprised the program was free, and others said they would recommend it to all incoming freshmen, according to nomination letters. Amanda Parkman, coordinator of leadership programs at the THINK TANK, nominated Hirdes. "Her team makes a difference in the lives of students every single day," Dorothy Briggs, director of the THINK TANK, wrote in a letter of support. "It is under her guidance and leadership that THINK TANK has been instrumental in the academic development and success of thousands of UA students."

Nancy Rodriguez-Lorta is senior director of academic advising and student services in the College of Agriculture and Life Sciences, where she coordinates advising staff across all 17 of the college's majors. She is being recognized for her focus on student success, particularly for first-generation college students, as well as for her commitment to workplace diversity and her generosity toward her colleagues, according to her nominators. Danielle Buhrow, a senior academic adviser in the college, made the nomination. Rodriguez-Lorta has been "instrumental" in prioritizing student retention and time to graduation, wrote James E. Hunt, assistant dean for CALS Career and Academic Services. "Nancy is an exceptional employee, colleague, leader, supervisor and advocate for student success here in the college and campuswide," Hunt wrote. 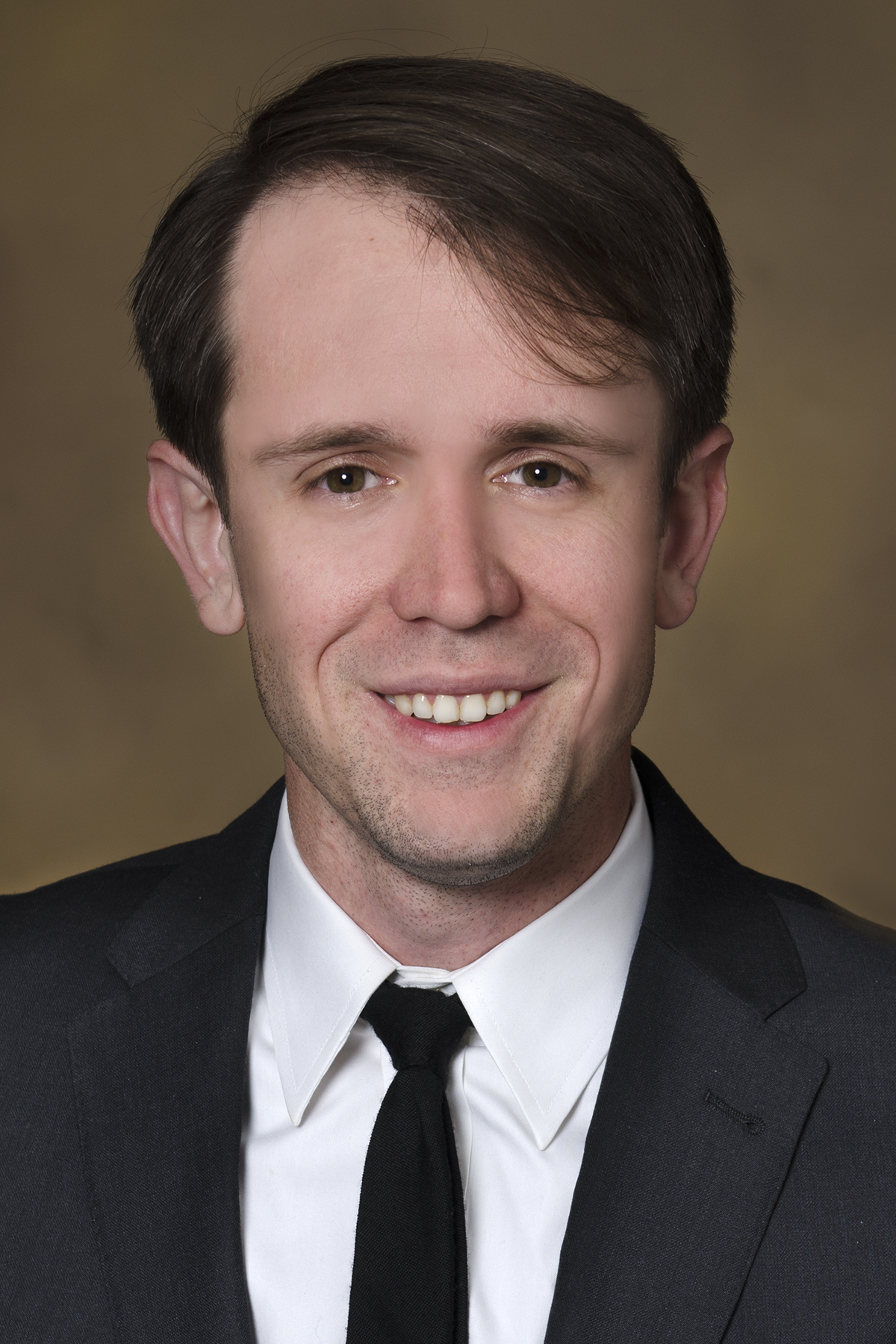 Ryan Ruboyianes, director of introductory biology labs in the Department of Ecology and Evolutionary Biology, oversees the department's hands-on introductory lab course with more than 60 sections of 24 students each. Ruboyianes is being recognized for his work redesigning the course, and his community outreach. He was nominated by Kelsey Yule, a graduate research associate in the department. Letters supporting Ruboyianes' nomination pointed to his work providing STEM talks to students at Flowing Wells High School, and his commitment to ensuring labs run smoothly for teaching assistants and students. "He took a course that was broken and made it work, and not just work sufficiently, but work fantastically," wrote Jeremiah Hackett, associate department head.

As a program coordinator in the School of Architecture, Patti van Leer supports 57 faculty members and 350 students. Van Leer, according to her nominators, works hard to recognize accomplishments by faculty, students and architecture programs, manages events for the school, and takes on tasks so others don't have to. She also manages the school's learning assessment program for the Office of Instruction and Assessment, coordinates school outreach and designs promotional materials. Cynthia Rupp Valdez, the College of Architecture, Planning and Landscape Architecture's marketing and communications manager, nominated van Leer. "In addition to regular duties, Ms. van Leer picks up any and every thing I am able to off-load – and does so cheerfully," wrote Robert Miller, director of the School of Architecture. "Faculty visiting from other schools of architecture tell me repeatedly, 'You don't know how good you have it.' Actually, I do."

The Team Award for Excellence recognizes teams that have made notable contributions toward efficiency and effectiveness of operations, outstanding service to the University community and visitors, and special efforts in promoting workforce diversity. This year, the award is being given to two teams.

The Behavioral Intervention Team, coordinated by the Dean of Students Office, coordinate the University's response to student behavior that may require intervention to ensure student safety. Members come from the Disability Resource Center, Counseling and Psych Services, University of Arizona Police Department, and Housing and Residential Life. It also includes ad hoc members from several campus organizations. The team meets weekly to evaluate up to a dozen cases. "Due to the nature of BIT's work, it is hidden from view and does not draw public acclaim. But it is a crucial component in the retention, graduation and well-being of University of Arizona students," wrote Mary Beth Tucker, assistant vice president for human resources consulting and equity compliance. "Their work on behalf of high-risk students is nothing short of exceptional and highly deserving of recognition."

The academic advising team in the School of Government and Public Policy is a team of six advisers who provide daily support for more than 2,500 students. In addition to maintaining at least 20 hours of one-on-one advising time with students, the team also coordinates the school's annual Outstanding Scholars Breakfast, maintains "safe zone" status for the LGBTQ student community, and manages a weekly newsletter for the school's students, according to Angela Hackett, who supervises the team as the school's manager of administration. "I am proud to supervise this team of energetic, intellectual and highly motivated individuals," Hackett wrote.

The Department Award for Excellence recognizes departmental excellence in managing people and resources. The award honors departments that provide an inclusive, productive, dynamic and engaging workplace, and that set high standards to achieve their goals.

The Undergraduate Programs office in the Eller College of Management creates programs for the college that improve its curriculum, community, career opportunities for students, diversity and other areas. The office is being recognized for its teamwork, innovative ideas, and engagement with students, faculty, alumni and community partners, as well as for recognizing its employees' contributions. In a letter signed by the college's top administrators, including Dean Paulo Goes, nominators pointed to student feedback showing that about 97 percent of graduating student respondents felt that they accomplished the goals they had set when they entered the college. "The department has frequently served as the model for others in the college," the letter says. 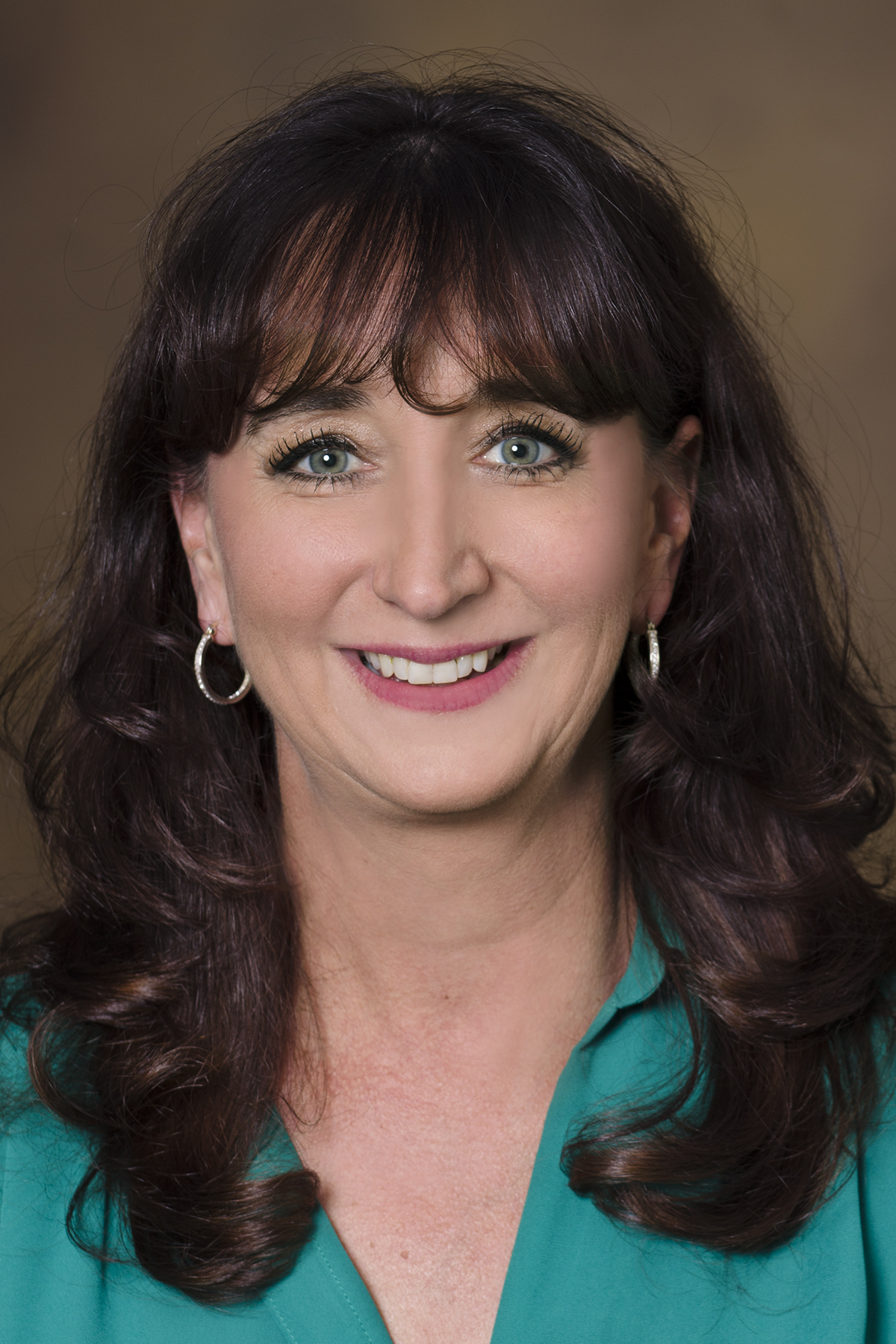 The Billy Joe Varney Award is named for a past director of the Student Union who dedicated his time at the UA to meeting the needs of thousands of students and employees served by the Union. The award is given to a University employee who has worked at the UA at least 15 years.

Heather Enos, deputy principal investigator for the UA-led OSIRIS-REx mission, manages the science operations portion of the mission, which will collect a sample from an asteroid. Enos is being recognized for her service to UA employees, her attention to diversity, and her community outreach efforts. Among Enos' nominators is Dante Lauretta, professor of planetary sciences and principal investigator for OSIRIS-REx. In his letter, Lauretta said Enos followed an untraditional career path, starting in the student financial aid office before moving up the ranks and finding herself involved in several UA-led NASA missions, beginning with the Mars Odyssey mission in 2001. Lauretta also pointed to her willingness to give back to the community and to lend a hand to team members in need. "The UA will take center stage worldwide this fall as we encounter asteroid Bennu, in large part because of her efforts and dedication," Lauretta wrote.